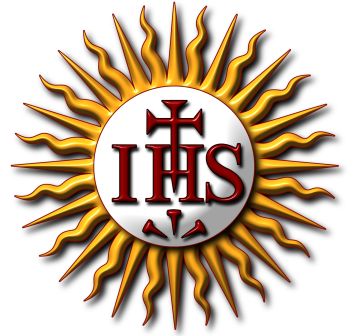 I was born before World War II in Futor Koscielny to the east of Berezno Wolynskie. At that time my father was the forester of the parochial forests belonging to the Catholic church in Rudnia Potasznia. In 1939 its pastor was Fr. Juliusz Janusz. My mother, Leontyna came from the Bronowicki family. I was the youngest of three children. That year, our family was arrested by Soviet authorities. We were given an hour to pack and then driven to a school building in Bialashovka (2 km from our village). There we waited for our next transport (from which our grandmother Aniela ran away).

Next, in a raging snowstorm, we were taken to a train station in Rokitno. From there, after a long journey in a freight train, we got off at a small train station in Shabryha. On sleighs and by foot we went on to Darovatka, which is situated in kostromska Oblast, to the north-east of Neji, next to the main passage to Kirow (Wiatka). There were about 500 of us. At first, only three large barracks stood there, so to be able to fit everyone in , we had to build additional ones on our own. The adults worked in the forests at felling trees and building the railway to Poldniewica, to the north. Hunger was our common enemy.

In October 1941, after the so called amnesty, my father, together with the two Laskowski brothers, after many petitions was able to acquire two train carriages and a locomotive from a Soviet army colonel, who was building an airport nearby. This small train transported our group of about 100 people to the main east track. From there we were sent to Kirow, where we lived in a carriage on a side-track. After some time, our group, with the rest of the money we owned, bought out a railway carriage to Taszkent. The journey lasted a few weeks. My mother exchanged her last head covering for 30 kg of flour. During this time, when our train stopped in the middle of nowhere my father went up to a few homes situated nearby. In one of them an unknown Ukrainian woman, out of mercy, gave up her own dinner.

Once in Taszkent, we were shocked by the chaos and mayhem that existed there. The Polish Army was being formed in the city co the authorities sent our group to Jalal-Abad. We started out due north in the middle of December with a group of Muslim Uzbecks. We spent the first night in the field. There was no snow but it was very cold and the fire that we built using straw burnt out quickly. The next day we reached a small Uzbeck villiage, where the women served us a warm meal. After a short stay, we continued our journey with some Ukrainians, who lived in Karakol. When we arrived the Mytrenko family opened their home for us. The father’s name was Gregor, the mother’s, who was the same age as mine (born in 1907) was Anna. The children- Anna (Niura), Iwan (Wania) and Alexandra (Shura) were a little older than we were (my sister Jadwiga, brother Tadeusz and myself- Zbigniew).

In the Mytrenko household we lived in a small room with a tiny fireplace in the corner. All too, soon the snow fell. We had no provisions left. We had received 100 rubles from the Polish Outpost in Taszkent but it was almost impossible to buy anything with cash and we had nothing worth exchanging. Karakol- situated about 30 km north of Jala-Abad- was a very poor region and mainly accupied by Ukrainian colonists. My father and brother Tadeusz roamed the area looking for work- mainly mending household items like pots and kettles. Later, in spring my mother was employed in planting tomatoes and other vegetables. We celebrated Christmas of that year by eating dry bread and drinking warm water. Hunger continued to be our companion.

The snow was deep and our only source of fuel grew the hillside in the form of small evergreens and wild apple trees. Two other Polish families lived in Karakol: the Jagielliczowie and Kolebuccy. In the beginning of January my father received summons to enlist for military service together with Kolebuk and Jagiellicz at Bazar Kurgan. On February 12 he was called to the Army. I stood with my mother in the falling snow and saw him ware his hand for the last time as he turned at the road bend in the direction of Bazar Kurgan. We were left with the hope that somehow he would come back. In the next few days and weeks my mother and Tadek climbed the hill sometimes dispearing in the snow, to chop down some wood for heating our room. The weeks turned into months and still there was no information from our father.

The snow began to melt, spring was coming but our situation was getting worse and worse. In a small pool not far from the house some rushes began to grow. My peer Shura tried to teach me to make baskets out of them but with no success- my fingers were not fit for that kind of a job. Towards the end of March we found out that the Polish Army had arrived in the Jala-Abad area. I’m not sure if it was GoodFriday or a week later that my mother left us and went through the mountain passes to seek the division in which my father served. She came back two days later carrying two loaves of bread. We packed what little we had and secretly headed for the road once again. Anna Mytrenko and her daughter Niura came with us to help.

The day at first was cloudy but around noon the sun came out and we stopped for a meal on a steep slope- next to the mauntain path. We had bread, by some miracle 2 eggs and water. The stony path lead downwards. Walking on the stones was difficult and after a few kilometers I was very tired. My mother, Anna and Niura took turns in carrying me. Then again I walked on my own but it seemed to me that that spring day and path were endless. Next, I remember walking through a stubble cotton field. In the distance we began to see the first lights of Blagovieshchanka. The sun was setting, dusk was advancing but none of us had the strenght to go on. We stayed in that field for some time. And then suddenly about 200 m from where we were standing, we saw a light flash. Mrs Mytrenko decided to walk up and check the source of this light. After some time, she same back. The owner of the home, an Uzbeck woman agreed to give us lodging for the night under the condition that we leave first thing in the morning. Somehow we reached that place and I only remember being covered with a blanket.

When I woke up in the morning, my mother had already gone. Mrs Mytrenko led us outside. It was cloudy and raining. We stood on a small bridge that led to the Uzbeck woman’s home. I looked to the right and saw a horse- drawn wagon coming in our direction- and on it my mother sitting next to a soldier. She lifted us up into the wagon and with tears in her eyes said good-bye to Mytrenkowa and Niura, who immediately turned to go back home.

Blagovieshchanka was only 1 km away. After a short journey we got out in front of the first house which was sited in the middle of an orchard. It was the headquarters of the 14 regiment of infantry. We stayed there for a day or two. Sergent Urban, responsible for the civilians moved us to a small shack situated in the middle of the village. At that time there was only one street. We were across the street from the river. Standing with my back turned to the street I looked out onto a cotton fiseld and a deep drainage ditch to the left. Now, we thought, we were not in danger of death due to famine. We were fed by the Army but their rations were minimal. It was a great challenge to feed a few hundred people, among them women and children. Everyone was exhausted with a life dominated by hunger. With the coming of spring the days became longer. My mother and I went into the cotton fields to pluck out old stubble for our fire. Mother cooked our meals on an open fire in the one pot that she owned. The days were warm and dry.

During one of the few days which I remember as grey and wet there was a funeral of an officer. Next to the houses across the street from us huge white rose bushes were planted- their smell scented the air for many meters. Behind these homes there were grounds on which the funeral service was held and the salute of the regiment.

Towards the end of July, Anna Mytrenko and Niura payed us a visit. They were on their way to the market in Jalalabad pulling along their only cow to be sold there. Gregor was also called into the Army and in order to survive the women had to sell the cow, leaving behind its calf. That day we had dumplings with milk. In the morning we had to say our final farewells. Both Anna and mother were in tears. Anna asked my mother to write to her as soon as we left the Soviet Union. A few weeks later the time came to leave the Jalal-Abad area. We departed with the last Army transport positioned on trucks. I was sitting on a pile of luggage right behind the driver, screening myself from the wind. We were leaving from the north-east part of the village- taking the same road that we had arrived by in spring. We passed the home of the hospitable Uzbeck woman, then across a long bridge and in a short time we were on a train in the Jalal-Abad railway station. As the train started I fell asleep unaware of all the trials, hardships and near death experiences that awaited us before being reunited with father and before out of necessity finding a new homeland for ourselves.